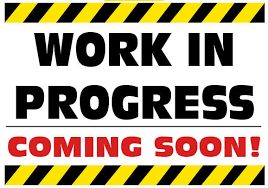 Our mission is to serve Veterans and their dependants, promote Remembrance and to and act in the service of Canada and its communities.

Established in 1926, Branch 124 of the Royal Canadian Legion still actively supports Veterans and their families, and remembers the people who served and helped strengthen our community.

First named the Canadian Legion of the British Empire service league and incorporated by act of parliament in 1926,the Royal Canadian Legion is a national organization based on the idea of veterans helping veterans. with local organizations requesting branch charters starting the next year.

Branch 124 Niagara on the lake received its charter May 18, 1928. The executive officers were General C Nelles, Dr A Greenwood, Messrs A McClelland, D Rodgers, E Field, R Griffith and Isaac Lavell. The initial goals were Remembrance and service to veterans and the community. Sick and relief and social committees were formed, and local by-laws were adopted to comport with the national group. This first year the branch cooperated with the Imperial Order of Daughters of the Empire (IODE) on the poppy campaign, and laid wreaths at the cenotaph and the Polish burial plot. They also sponsored a community Christmas tree.

In 1938 The branch was officially renamed the General Nelles Branch (Ontario no. 124) Canadian Legion of the British Empire Service League. In 1942 The Ladies auxiliary was chartered.

In 2000, the upstairs Ed Boldt Memorial Hall was dedicated to the recently passed long-standing member and true volunteer, Ed Boldt. He helped work on the hall during its' creation, and saved the branch money with his donated services.